Q&A: Creating a friendlier culture around information, with Anna Rosling

2018 speaker Anna Rosling Rönnlund is co-author of Factfulness and co-founder of Gapminder, a non-profit that fights ignorance with a fact-based world view everyone can understand.

Factfulness: Ten Reasons You’re Wrong About The World is a book that points out and challenges readers’ misconceptions about the society they live in as well as other countries around the globe. The authors, Hans Rosling, Ola Rosling, and Anna Rosling Rönnlund, worked on the book for two years and developed a test that readers can take to check their knowledge about the world.

In an experiment for Gapminder, the foundation they started to promote a fact-based worldview and build the tools to enable it, they found that people who took the Misconceptions Test scored lower than monkeys choosing at random A, B, or C on the multiple choice questions based on data about the world.

Anna will be speaking about challenging our own misconceptions at The Power of Storytelling this October. Until then, we caught up with her to find out exactly how easy it is to get people to listen and understand there might be a problem in the first place.

Meet the #Story18 speakers: Anna Rosling Rönnlund is co-author of Factfulness and co-founder of @Gapminder, a non-profit that fights ignorance with a fact-based world view everyone can understand.

PoS: How do you start working to address misconceptions?

Anna: “In the beginning, when we started developing material to explain the world, we thought it would be enough to make the material and people would find it, they would use it, and they would make better decisions. And then gradually we realized that it’s not enough to make the material, because you need to help people understand why and how they should use it. Then we started thinking more and more about how do you make someone listen and change the way they see the world when they think they already know what the world is like, because if you think you already know it, then you will not listen, you will not pay attention. So we started thinking more about the problem of human brains in general, including our own.

“Almost everytime when we have been looking for new data ourselves that we are not familiar with, very often we are wrong and we see, when we see the data, that we have missed the point. We don’t think that everyone will take the time and learn what the world is like by heart, that will never happen because people have other interests. They like sports and wine and food and a lot of things, so we had to figure out how can they learn the most important things about the world more easily, without having to spend so much time.”

When you realized you were getting things wrong yourself, how did that affect you?

“When we started to construct the test material and trying to figure out what to ask, I think then we started to become more humble and more accepting of others ourselves. We tend to be wrong because we cannot have all this information in our minds and usually we do not go and check the data up, so we’re basically guessing most of the time. And I think it became like a competition.

“We got very happy every time we saw that we were wrong, we felt convinced that this was the only way, to test and see and look at the real data because most of the time most of us will be wrong otherwise.

What do you think are the challenges of adopting ‘factfulness’ as a way of looking at the world?

“I think the most common problem is that we think that we already know. We never checked if we are right, we just assume that we are right, so we will stick to the things that we used to think instead of being curious and humble and start looking for alternatives, or listen to someone thinking differently. I think we get a bit stubborn and fight for our ideas too hard.

“The school and the work-life create a way of dealing with information that might not be as good because we tend to brag and to compete about information. I think in many workplaces, in meetings, if we took a few buzzwords, it would be interesting to test and see how the people in the room would explain those buzzwords. Because I am pretty convinced that even in the room, people will have different ideas about the things they are talking about, but we never stop and ask stupid questions like ‘hey, I am not quite sure what we’re talking about here’, because when you do things like that, you are afraid you’ll look stupid.

“So we have a way of showing off that we are intelligent by not asking stupid questions, but I think most of us will actually need to ask a lot more stupid questions because there are so many things we don’t know, and I think that would create a better climate for change.”

Still overwhelmed: @BillGates gave our book Factfulness to all college graduates in US https://t.co/EfbUIN682t and it was one of @BarackObama five recommended summer reads https://t.co/BWFzVADSiV. Now available in 10 languages, soon in 25 more languages! #Factfulness #gapminder pic.twitter.com/9jEMcCg5yZ

If someone wanted to start applying factfulness in their lives, what would be the one thing you’d advise them to do?

“They should dare to be more humble about their own information and be more curious about others’ information. Instead of thinking they are completely wrong, being curious what are they saying, why are they saying that, what if I am wrong, how did I learn what I know, and so on. If we could create a friendlier culture around knowledge, I think that would actually help quite a lot.

How much of the current problem about the way we view the world is down to how the media portrays it, and how much is it people’s tendency to catastrophize?

“A lot of the worldview we get probably comes from the media for the most of us. And it would be snippets of the media that we see in our social media feeds and so on because most people are not really eagerly going to the sources and looking for the hard facts. But I do dislike it when people are complaining about media and saying they are trying to cheat us because I think most of the time, most media is actually trying to do its best.

“I would say the biggest problem is that even when we get pretty good news coverage, our brains will dig out the extremes from it and remember that, and basically not pay attention to the longer story, or getting the full picture. We tend to focus on the extremes we see and that itself skews our worldview.”

Anna Rosling is speaking at the 8th edition of The Power of Storytelling. Register here to meet her and the other amazing speakers who will tackle this year’s theme: Rewrite. Her book, Factfulness, will also be available in Romanian at the conference, translated by Editura Publica.

Jenna Pirog is The New York Times’ first full-time virtual reality editor, so everything she does is an experimen...
August 20, 2018 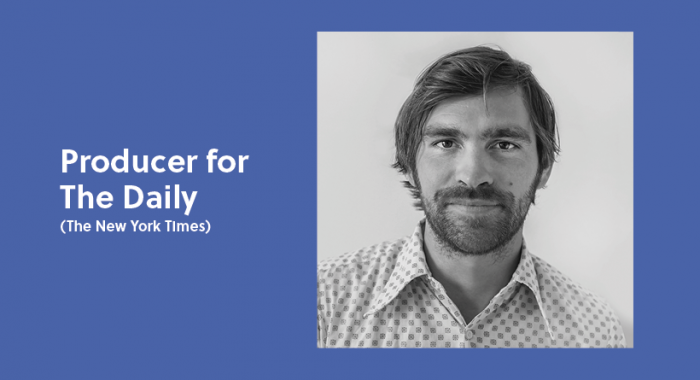 Find out more about #Story18 speaker Andy Mills, audio producer for The New York Times, where he helped create The ...
October 4, 2018 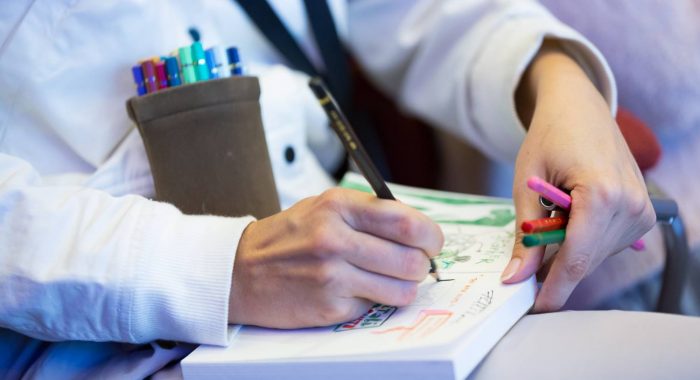