Jennifer Brandel has always been a curious kid. Raised in suburban Chicago, the only girl in a family of three kids, she always wanted to learn by doing and trying new things, not by reading about them in books. She was in the student council, she played three sports, she sang in talent shows.

One evening in her senior year as an art history student, a friend told her to skip the philosophy class she was heading to, because “there was this guy speaking at the student union that she had to see”. That guy was Ira Glass, host and producer of This American Life. Listening to his talk about radio storytelling blew Jennifer away, as she remembers in an interview: “Oh my God, these are my people. What is this public radio situation and how do I get involved?” She immediately started volunteering at the community radio station in Madison and soon after she applied to NPR for an internship. She wrote a cover letter calligraphed on vellum paper, she got the internship and moved to DC.

She never had a fix idea of what she wanted to do in her career, so she used her 20s to experiment. She worked as a freelance writer and as a waitress at a wine bar; she did some production on an independent film and organized a musical benefit for the Japanese earthquake of 2011. She guided her career path by two principles: “Can I do work that keeps me remaining curious about the world? Can I also do work that increases my ability to feel compassion for people? If either of those two elements is missing from what I’m doing, I’m really miserable.”

In 2012 she launched the groundbreaking audience-first series Curious City at WBEZ, an experiment in including the public in editorial decision-making, making journalism more transparent and strengthening multimedia coverage about Chicago and its people. “It was that very simple idea of starting with people’s needs rather than your assumptions about what they should get.”

She then extended this model, called public-power journalism, by founding her own media business in 2015. Hearken is a consulting tech company that helps newsrooms change their mindset and see their public as partners, not just as consumers. “When you bring the public into the process everything gets better. Your stories perform better. Your journalists feel more fulfilled because they’re actually connecting with people they’re making the work for. You produce differentiated content”, says Jennifer. Hearken offers consulting, but also tools to centralize data and collect audience emails, making it more efficient to gather and manage questions from listeners.

Hearken participated in the Matter VC accelerator in San Francisco, and took home the prize for Best Bootstrap Company at SXSW in 2016, and won the News Media Alliance 2017 Accelerator. Brandel is a recipient of the Media Changemaker Prize by the Center for Collaborative Journalism, was named one of 30 World-Changing Women 2018 in Conscious Business and is a 2018 Sulzberger Fellow.

Jennifer Brandel is speaking at the 8th edition of The Power of Storytelling. Register here to meet her and the other amazing speakers who will tackle this year’s theme: Rewrite.

Reporter and radio producer Lisa Pollak talked to us about the elements of a good story, what makes radio storytell...
September 10, 2014

The assigments Kelley Benham French is recommending to her students at Indiana University.
June 20, 2015 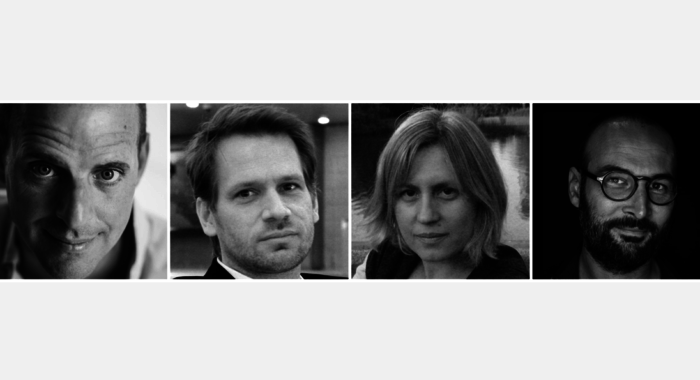