David Sedaris on keeping a diary and what informs his writing: fucked up human behaviour, racial relations in America and disturbing, disgusting or generally funny events.

David Sedaris came to Romania a second time this June, just in time for the launch of the Romanian translation of his international bestseller Me Talk Pretty One Day.
During his three-day trip, under the patronage of The Power of Storytelling and Editura Publica – David’s Romanian publisher – the author attended two events and met his readers, signed their books, talked to journalists and read excerpts from his published and unpublished work in front of a large audience.

David also spoke to DoR (Decât o Revistă) magazine about the upcoming launch of his new book (a collection of diary entries dating as far back as 1977), why he likes keeping a diary and what informs his writing: fucked up human behaviour, racial relations in America and disturbing, disgusting or generally funny events.

Here are a few highlights from the interview:

•“Keeping a diary helps me somehow tame the world around me, or put it into perspective. Or helps deal with it in some way. It’s not just recording it, although sometimes I’ll read in an old diary and it’s just a description of someone who sat across the aisle in a bus. But it can bring me right back to that moment, the same way a photograph can”

•“I prefer writing in my diary when it feels like nothing happened. ‘Cause you feel you’re making something out of nothing. My whole diary for today might be about that couple that sat next to us at lunch, who then paid separately. Or what seemed to be going on between the two waitresses who were sisters, or the waiter who had a tattoo that read ‘Made in Romania’”

•“People come to me at book events and say ‘I wanna write too’ and I tell them ‘Well, you needed to decide that a long time ago and, secondly, you can’t write without reading’ (…) Because I think you need to learn how to seduce a reader, how to invite a reader. I think you can naturally seduce a listener, but to convince a reader to continue reading is something you have to learn. And I don’t mean going to school. If you care about it, you learn it reading other people’s books”

•“I seemed to be interested in race. When you’re an American or you go to America, and you go through Customs, it’s like they give you a cape and it’s soaked in water and they put it on your back and say ‘here you go’ – and that’s race relations in America. And you carry it, it doesn’t matter what colour you are. Especially growing up in the South, I was curious about that. And I can see the diary-book coming out and people saying I’m a racist”
•“When I was growing up, in North Carolina, there was a Ku Klux Klan billboard on the side of the street. We would see it driving to the beach. And that sign stayed up until 1982. Which, for someone born in the 1990 – that’s ancient history. But in 1982, I was 25 years old. That’s a big deal, I was an adult and that was still up. Looking over my diary, I realise it interests me how white and Black and brown people relate to each other in America”

•“I have a lot of encounters with people. The more self-reliant you are, the more stories you’re going to get. I never drove a car, I take public transportation. I’ve never been in a car alone. Sometimes I read from my diary at events and people in the audience are like ‘That didn’t happen to you!’ and I go ‘Because that didn’t happen to you?’”

•“If you’re choosing things from 40 years of diaries, what you’re doing is carving out a person. You can carve out any kind of person you like – generous, loving, deceitful… I’m in charge of how this comes out. I don’t know how good of a portrait it will ultimately be, because it’s hard to see yourself”

•“I’m not a very smart person. I have other qualities, but I’m not terribly smart and I used to try to hide it, but then you just reveal yourself as a complete idiot. As you get older, you kind of say ‘OK’. You don’t have to take back qualities in yourself. I can say about myself that I’m gossip and I’m glutton. There are obviously a lot of things you can always work on, but you can’t really get smarter. (…) I’m not that dumb either”

The sixth edition of The Power of Storytelling takes place October 14-15 in Bucharest and already gathered an amazing line-up of world renowned authors, illustrators, musicians and marketers. You can find out more about them here and register here.

At the fourth edition of The Power of Storytelling, Pulitzer Prize-winning reporter and veteran coach Jacqui Banasz...
October 17, 2014

What happened on the first day of The Power of Storytelling conference.
September 5, 2017 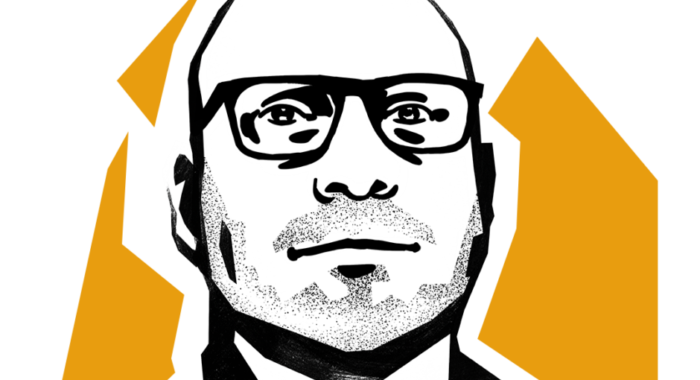