The story of how Chris Jones began his magazine writing career starts with a box of donouts. Having never written a magazine byline before, he one day walked into the offices of Esquire USA and asked to speak with David Granger, the Editor in Chief. He was 24 years old, had a degree in urban planning – which he found too bureaucratic and unlike the Lego-world he’d imagined – , and was working for the National Post, a newspaper in Toronto. But what he really wanted was to write for Esquire, the home of narrative journalism.

On his way out of the Esquire lobby, after being sent away by a security guard for not having an appointment, a janitor stopped and told him he should try speaking with Andy Ward, the Deputy Editor. So he set up a meeting and brought donouts, „because that’s what Canadians do, they bring baked goods as a symbol of respect”, as he said in this Longform interview from his first visit to Romania. When a job opportunity appeared – for a sports columnist, his beat at the newspaper –, Andy called and gave him an asignment, which resulted in his first Esquire story.

When remembering that day, Chris admits he got lucky – and also brought a box of donouts to the janitor– but he stresses that retroactively, he earned the luck by working hard and always improving. And so he got to write amazing pieces like the National Award Winners Home and The Things That Carried Him, plus over 60 other stories – about politics, space, magic, animals, celebrities or sports.

During his previous visits to Romania, Chris Jones offered advice for young people trying to break into journalism, writing or any other creative careers. Here are some:

• Sit down and do the work. Do it again and again and again, until you’ve given yourself enough evidence that you can do it. I don’t believe in writer’s block, because if you sit down on the chair and you put your hands on some kind of writing device, magical things happen. You won’t always be great. Some days you’ll sit down and what you’ll write will not be good. But you’re giving yourself the chance to be good. • As long as you are making good things, this is the best way to live your life. If you are producing something that matters, that’s beautiful, even if it’s for a small number of people. Teller the magician spent years working on this trick that was seen by exactly 12 people. And for him it’s the most beautiful thing that he’s ever done. It doesn’t matter that thousands of people haven’t seen it, it doesn’t matter that it didn’t make him any money. What matters is that those 12 people saw the most amazing trick ever.

• I get asked all the time about what makes a great writer.  And it’s such a hard question to answer. There’s things like curiosity, determination and honesty, and all these things are important, but the thing that for me – it’s my test – if I was to hire one person out of this room, who would I take? It would be the person who cared the most. It would be the person with the biggest heart in this room.

Book you place for the 5th edition to see him spread magic on stage again.

Dan Perjovschi draws his trademark figures on the walls of the world’s most important art institutions, but he co...
August 11, 2015 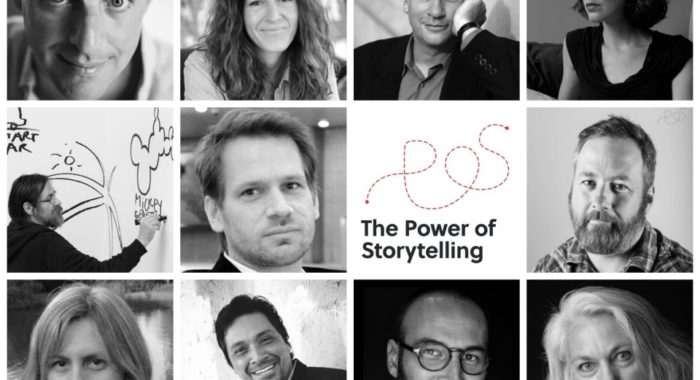 There are hundreds of reasons to join our conference this year, but we narrowed it down to 11 really important ones...
October 11, 2015 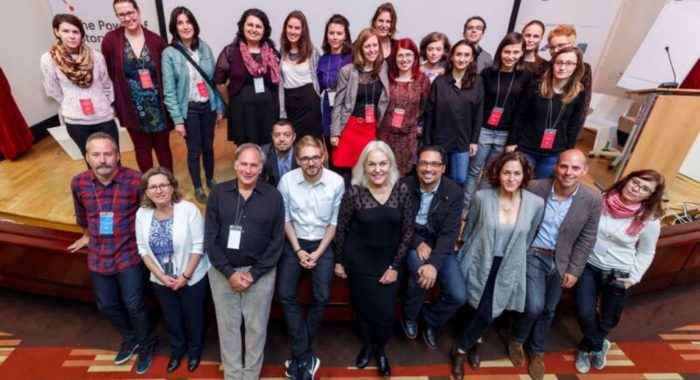